A gourmet cantaloupe that has been tended by Mr. Tommy Apple in his home garden by the banks of the Snake River in eastern Oregon since the 1970s. Tommy received the seeds for this silky sweet melon from a local Oregon nurseryman in the early 1970s. The melons were introduced to Tommy as oriental melon and were quite late maturing but remarkably tasty. The fruit of this eastern Oregon landrace is oblong and varies in size from football-sized to jumbo. Over the decades, Tommy has selected for earlier maturation, but he says the incredible, sweet, mellow flavor and refined texture are just as good as the original melons he received almost 50 years ago. Tommy is our seed grower for this amazing variety and says that he harvests fruit by hand, visiting the garden each morning barefoot with a fruit sack slung around his shoulder. He says harvest is easy: the fruit picks itself! Indeed, the mature fruit turns a golden color and slip from the vine when perfectly ripe. Thanks to the hard work of Mr. Tommy Apple for this amazing heirloom. 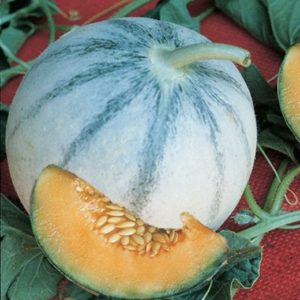 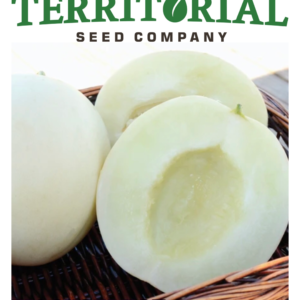 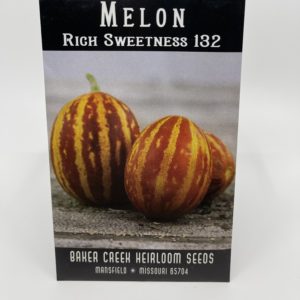 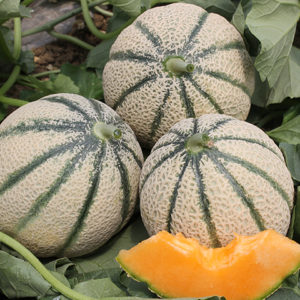 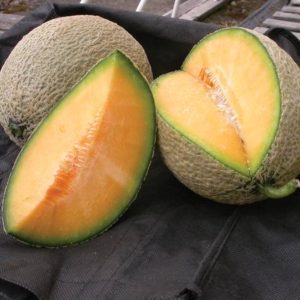 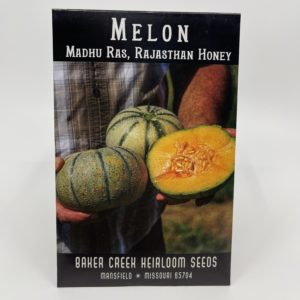 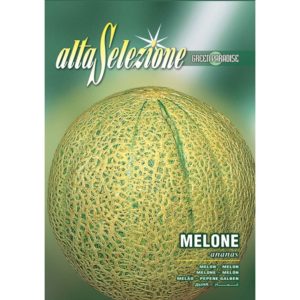 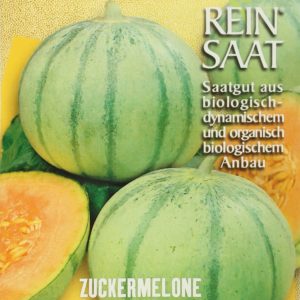