This hardy collard is frost tolerant, very vigorous, and great for spring or summer greens! Widely adapted, this variety holds up well in the garden and produces large, dark green leaves with a mild cabbage-like flavor.

Collard, sometimes known as wild or non-heading cabbage, probably originated in Asia Minor and the Mediterranean region. Europe eventually became familiar with this vegetable, though historians disagree as to whether it was introduced there by the Romans or the Celts. Collard became a valuable part of the traditional cuisine of the American South through the slave trade, when the slaves began preparing this inexpensive vegetable with scraps of meat for flavoring. This unique vegetable has become a unique symbol of Southern culture and tradition.

Harvesting: Begin gathering leaves when the plant reaches 10-12″ high; take the outer leaves first. Eventually your plant will begin to resemble a tree, with all the leaves on the top of the stalk; at this point it may need the support of a stake. A spring crop of collards usually comes an end in the hot weather of summer, while a fall crop will produce well after frost. Frost actually makes the flavor of collards much sweeter.

Seed Saving: Allow the plant to flower and go to seed. The pods will look somewhat like small green beans. After the pods dry and the seeds inside are dark brown, remove them from the plant and dry them completely indoors. Clean off as much chaff as possible, then store the seeds in a cool, dry place. 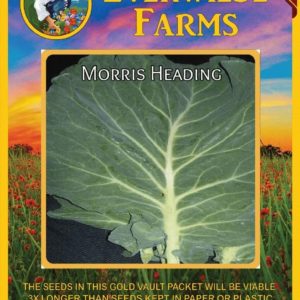 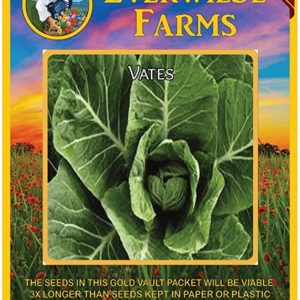 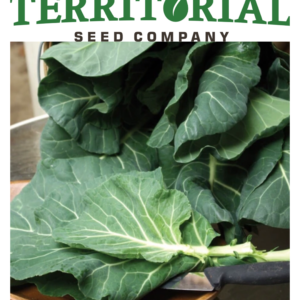 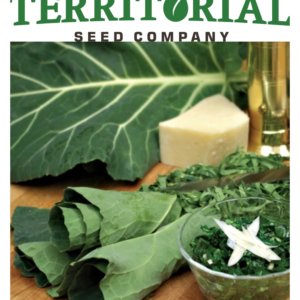