White Wonder Beefsteak tomatoes have yellowish-white flesh when mature and make a nice color contrast when served with red and orange tomatoes. It is mild and sweet with a high sugar content and maintains good texture and flavor even when large. It takes 85 days until harvest. Indeterminate.

White Wonder, one of the sweetest white tomatoes available, is an old American heirloom. Thomas Jefferson, an experimental farmer as well as a statesman, grew several varieties of tomato in his garden in Monticello; he was one of the first Americans to do so. Italian and French immigrants also helped popularize the tomato, and by the early 19th century it became fairly well known in the States.

Sowing: Start tomatoes indoors 6-8 weeks before the last frost of spring, sowing the seeds in a flat 1/4″ deep and 1″ apart. Keep the temperature at 70-75 degrees F until germination, as well as providing adequate light in a sunny window or under a grow light; keep the soil moist, but make sure drainage is adequate. When the second set of leaves emerges, transplant the seedlings into individual pots; bury the stems up to the lowest set of leaves to grow strongly rooted plants. A week before planting the seedlings outside, begin exposing them to the weather during the day to harden them; tomatoes cannot endure cold weather, and should not be transplanted outside until all threat of frost has passed. When the soil temperature reaches at least 70 degrees F, plant the seedlings in full sun and very rich soil; once more, bury the entire stem up to the lowest set of leaves. Space the plants 2′ apart. For companion planting benefits, plant tomatoes with carrots or onions, but avoid planting them with cabbage or tomatoes.

Growing: Since temperatures below 55 degrees F can damage production, protect the plants if temperatures drop. A thick layer of mulch helps conserve moisture and control weeds; water the plants once a week, but avoid getting the leaves wet. Determinate, or bush type tomatoes, do not require staking.

Harvesting: Test the ripeness of tomatoes by pressing them gently; the flesh should yield slightly. The mature color also indicates ripeness. If the stem does not come easily off the vine, cut it with a scissors. Vine ripened tomatoes have the best flavor, but as soon as frost comes, all tomatoes should be harvested, even the green ones. Unripe tomatoes will ripen eventually if kept in a warm place out of direct sunlight. White Wonder Beefsteak tomatoes have a high sugar content and are wonderful for slicing. 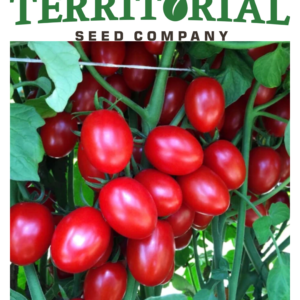 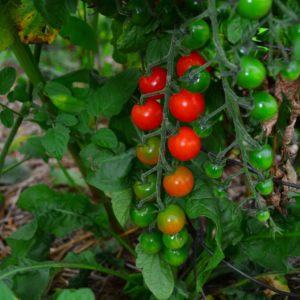 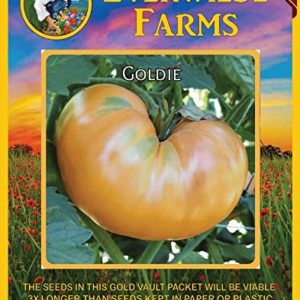 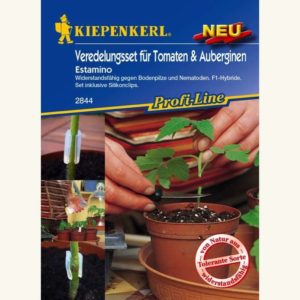 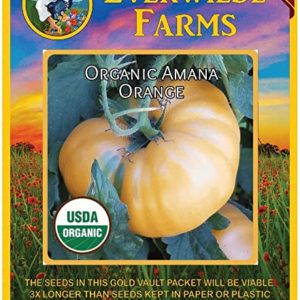 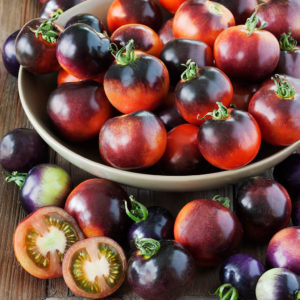