The aromatic pale green leaves of tarragon are best used fresh, as they lose their flavor when dried. Use them to flavor chicken, fish, or to infuse oil or vinegar. This tender perennial is a common herb in many French dishes and is best grown in a warm climate.

Though tarragon connoisseurs know that true French tarragon cannot be grown from seed, this variety, called Russian tarragon, has its own virtues and advantages. Its faint, slightly bitter anise flavor is well suited for fresh use in salads or in making herbal vinegars. Perhaps its most well known use is medicinal, since scientific research shows that Russian tarragon can be very helpful in regulating insulin and lowering blood sugar, cleansing the blood, treating headaches and dizziness, and acting as a mild sedative. Russian tarragon also readily reseeds itself and has hardy growth, making it more readily obtainable than its delicate French cousin. The English word tarragon is derived from the French word estragon, or “little dragon”, in reference to the ancient belief that this herb could cure poisonous snake bites. Unlike many herbs, tarragon was completely unknown to ancient civilizations such as Greece and Rome; the first records of its presence in the Western world are found in the 16th century. The Arab botanist and pharmacist, Ibn-al-Baytar of Spain, recommended it as a breath freshener, a seasoning for vegetables, and as a treatment for insomnia.

Sowing: Start the seed indoors about a month before the last frost, thinly sowing on the surface of a flat; keep the temperature at 65-70 degrees F and away from direct sunlight until germination. When there is no chance of frost, transplant the seedlings 24-30″ apart. Tarragon grows best in dry or well drained soil and full sun or light shade. Direct sowing is possible but somewhat difficult because of the extremely tiny seed. This herb attracts butterflies and bees, as well as repelling harmful insects and deer. Tarragon can be also grown from cuttings or root division, though growing it in a container is not recommended because of the size and sprawling growth habit of the plant.

Growing: Tarragon develops its full flavor when left to itself in dry soil and abundant sunlight. Mature plants tolerate drought very well, and should not be watered unless drought conditions persist. Overwatering can lead to root rot as well as other fungal diseases. For healthy growth, keep the plant trimmed.

Harvesting: Harvest fresh leaves as soon as the plant reaches a height of 6″. The best time to harvest is in the morning after the dew has dried. Entire stems or the whole plant can also be cut slightly above ground level, since this will encourage new growth. To dry entire stems, cut them off and bundle them; hang them upside down in a dry, dark place for about 2 weeks. Strip the leaves from the stems and store them in a cool, dry place.

Seed Saving: The small green flowers should appear sometime in the fall, though the plant may not have time to produce seed if the growing season is too short. Harvest them individually as they begin to develop mature seed, which will look almost like black dust. Carefully gather the heads and spread them out to dry away from direct sunlight, then shake them lightly to remove the seed. Store the seed in a cool, dry place. 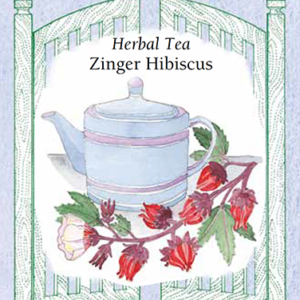 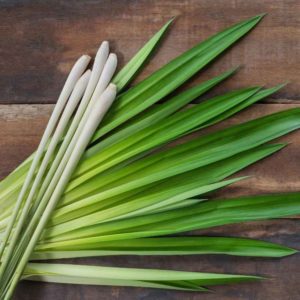 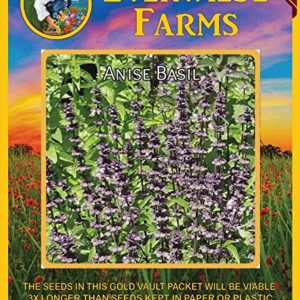 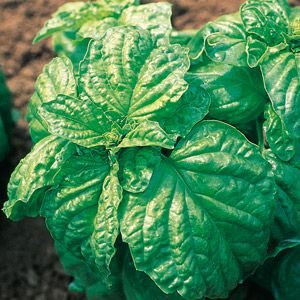 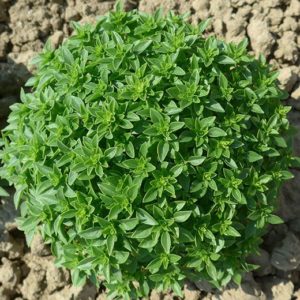