This heirloom beet is one of the most popular beets out there! The round, smooth roots are about 3″ in diameter and keep well for canning. On the inside, these organic Detroit dark red beets are blood red in color, with virtually no zoning. Medium green tops with tinges of red can be harvested early and used for salad greens. It matures in 58 days.

Detroit Dark Red heirloom beets are vegetables that hail from Ontario, Canada, where a Mr. Reeves developed them from blood turnips. This globular beet first made its appearance in 1892. However, beets seem to have originated in the Mediterrenean region, where people grew them for thousands of years. Later, red beets grew in Germany and Holland, where these vegetables were used as cattle fodder; they were later imported to England for this purpose, but the poor began to raise them for an affordable food source. American colonists later brought red beets to the New World, where they became a commonly enjoyed vegetable both for their roots and their greens.

Sowing: Direct sow Detroit Dark Red beet seeds outside 4 weeks before the last expected frost. Soften the seeds by soaking them in water for 2 hours, then plant in full sun and well drained soil. Sow them 1″ deep and 1″ apart in rows 1-2′ apart. Tamp down the earth above the seeds to ensure good contact with the soil, and germination should take place in 5-15 days. Add compost or other organic matter for healthy growth. For companion planting benefits, plant Detroit Dark Red beet seeds with bush beans, onions, or members of the cabbage family; avoid planting them near pole beans.

Growing: Since each beet “seed” holds up to 8 actual seeds, the seedlings will need to be thinned to 3″ apart. The uprooted plants do well as a second crop, as transplanting them will set them about 2 weeks behind the original plants. Take care not to bruise the seedlings when weeding. They love cool weather, and can survive temperatures down to 25F.

Harvesting: Beets have the best taste and tenderness when they are harvested between 1″ and 3″ in diameter. After pulling them, twist off the tops about 1″ up the stem to prevent the beets from bleeding. Detroit Dark Red beets keep well for later use. They also produce lovely green tops that mature in 40 days. One-thrid of the tops can be harvested without damaging the plant.

Seed Saving: Since beets are wind pollinated, be sure to separate them from other varieties of chard and beet by at least two miles to preserve genetic purity. Beet plants must weather the winter in order to produce seed. In warmer climates, simply mulch the plants. In cooler climates, dig up the roots and store them in sand, without the roots touching each other, in a cool and humid location – plant them again in early spring. The plants will soon go to seed in the spring; wait until the seed heads are fully grown and dry before removing them. The seeds will readily come off the stems after they are completely dry. Store Detroit Dark Red beet seeds in a cool, dry place for up to five years. 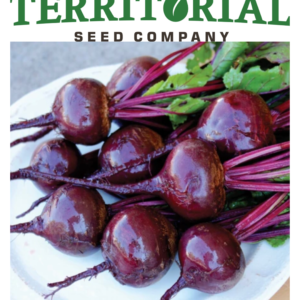 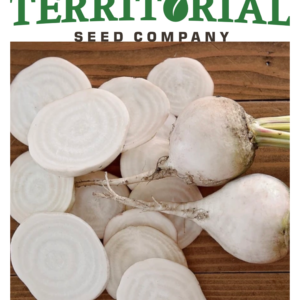 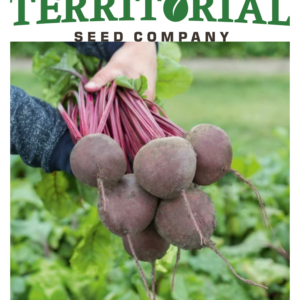