Said to be one of the earliest watermelons of the season, this unusual open-pollinated melon turns a bright golden color when it is ripe. It has rich red flesh that is sweet and crisp. The plants are compact and can be grown in containers or small gardens. The melons measure about 8″ across, weigh about 8 pounds, and take only 70 days to mature.

Said to be one of the earliest watermelons of the season, this unusual melon turns a bright golden color when ripe. It was bred in 1959 by professor Elwyn Meader, a veteran plant expert from the University of New Hampshire. Dr. Meader and his colleague, Albert Yaeger, developed the fruit from a cross between New Hampshire Midget and Pumpkin Rind. Throughout his career, Dr. Meader introduced over 60 varieties of vegetables, flowers, and fruits, from which he refused to profit financially because of his firm belief that his work belonged to the people.

Sowing: In cool climates, watermelon seeds should be started indoors, but no sooner than a month before transplanting; plant three seeds per peat pot, 1/4″ deep. Provide heat to keep the soil at least 80-85 degrees F. Cut off all but the strongest seedling as soon as true leaves appear, and transplant about a week after frost; put two or three plants in each hill with a 6-8′ space in all directions. Gardeners in warm climates will be able to direct sow watermelons as soon as the soil temperature reaches at least 75 degrees F, planting six seeds per hill with 6-8′ of space in all directions. Thin to the strongest two or three plants as soon as the seedlings appear. Watermelons should be planted in full sun and rich, loose soil. Young seedlings may benefit from black plastic to warm up the soil.

Growing: As soon as the vines begin to develop, apply a thick layer of mulch to control weeds and protect the melons from soil contact. Keep the soil moist until the fruit begins to grow, then water only if the soil dries out completely. Watch out for insect pests.

Harvesting: Gardeners use many different methods of testing whether their watermelons are ripe, but knowing the approximate mature size of the melon helps to determine when it is nearing ripeness. This particular melon also turns a rich golden color when ripe. Another test is to knock on the watermelon with your knuckles, listening for a dull thump rather than a hollow ring. Also, the curling tendril closest to the stem of the melon often indicates ripeness when it begins to turn brown. Watermelons usually keep for several weeks in a cool place.

Seed Saving: Watermelons will cross with other varieties of watermelon, so isolation may be necessary to ensure genetic purity. When the melon is ripe, the seeds will be mature. Cut open the melon and remove the seeds; wash them to remove the sticky residue. Spread them out to dry for a week, then store them in a cool place for up to four years. 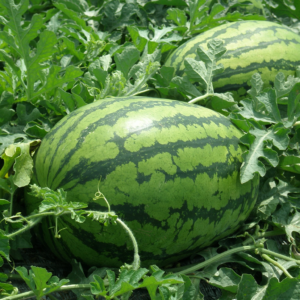 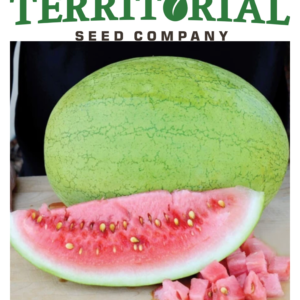 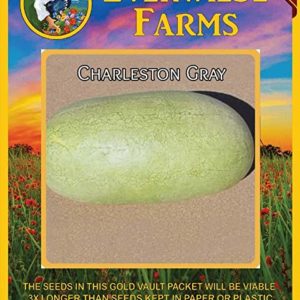 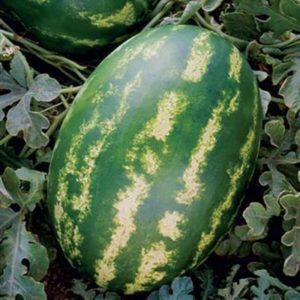 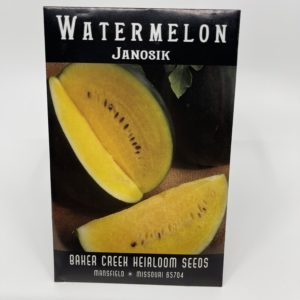 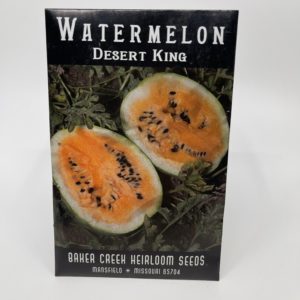 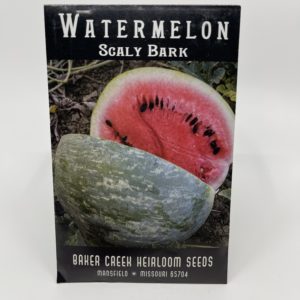