This wildflower is a common sight across the US and is often found growing in dry soils. The foliage is aromatic, and the long-lasting flowers work well for dried arrangements. Yarrow is also a valuable species for its herbal properties.

Native to Southern Europe, yarrow has been a traditional part of herb gardens for hundreds of years because of its fragrant foliage and cheerful, long lasting flowers. Yarrow can often be found in fields, along roads, or on rocky hillsides. Linnaeus named it for Greek general Achilles, who according to legend received yarrow as a gift from the gods; the general’s soldiers used yarrow to stanch the flow of their blood in the battlefields of the Trojan War. In the early days of the American prairies, Native American tribes such as the Pawnee, Cherokee, and Chippewa used common yarrow to relieve pain and headaches, reduce fever, and induce sleep. Cosmetic preparations sometimes include yarrow because of its cleansing, refreshing effect.

Sowing: Direct sow the seed in fall or early spring; fall planted seed will remain dormant until spring. To start the seeds indoors, plant them just below the surface of the soil since they need light to germinate. Keep the soil temperature at 65-75 degrees F, but out of the hottest rays of sunlight.

Growing: While the young plants should be watered to help them establish a deep root system, too much watering of mature plants can cause stem and root rot or mildew. This species grows best in sandy or well drained soil, and tolerates drought conditions. Since yarrow tends to flop over in fertile soil or shade, staking may be needed; this also protects the plant’s fragile stems in high winds. Deadhead the wilted blossoms often for continued blooming. After the plant has finished blooming, cut the plant down to its lower leaves for healthy spring growth. When the plant becomes 3-4 years old, it will benefit from being dug up and divided in the early spring or fall. Because yarrow can become invasive through the spread of roots and its reseeding habit, care should be taken to control the spread of the plant. This can be done by putting a barrier underground surrounding the plant’s roots, or by growing the plant in large container. This plant attracts butterflies and beneficial insects as well as repelling deer and rabbits, and grows well in borders or large containers. As a companion plant with herbs, it increases their fragrance, flavor, and essential oils.

Harvesting: Gather leaves and flowers as soon as they mature. Harvest the whole stem as soon as it begins to bloom; bundle the stems and hang them upside down to dry away from direct sunlight. Yarrow blossoms make good cut flowers, and when dried they hold their color well. Keep in mind that if the flowers have been open for more than a day, they will go to seed as they dry. Individual blossoms or leaves can also be harvested and spread out to dry in a protected location.

Seed Saving: Allow the flower heads to mature and begin to dry; the stem will start to turn brown. Remove the heads and spread them out to dry out of direct sunlight, then rub them lightly to release the seeds. The fluff can be removed from the seeds by scrubbing them over a metal screen or running them through a hammer mill. Being in the aster family, it can sometimes be hard to get good seed set, and a large percentage of seeds are often not viable. The empty seeds can be blown off with a fanning mill. Store the seed in a cool, dark place. 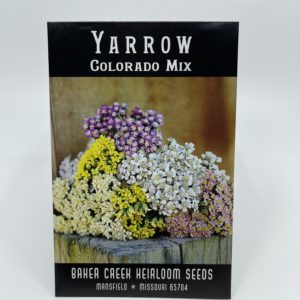 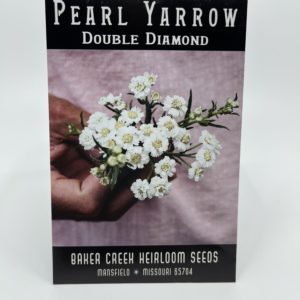 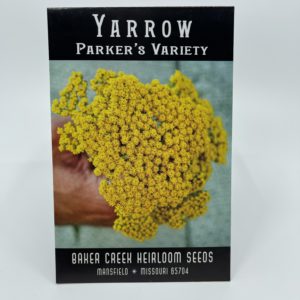 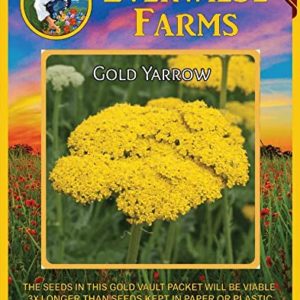 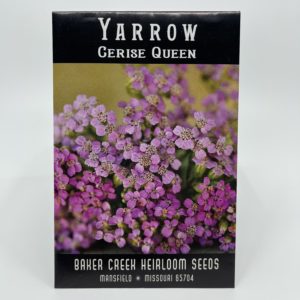 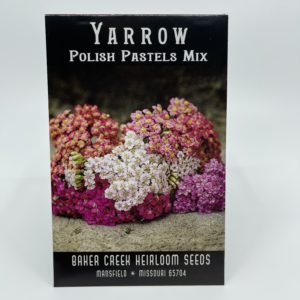 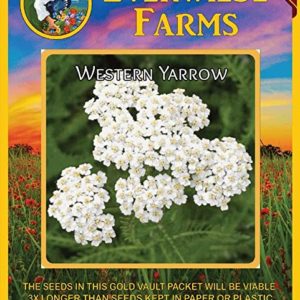 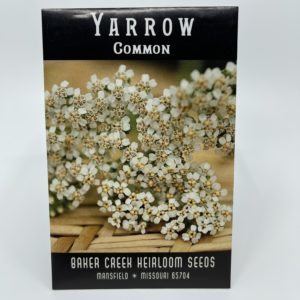